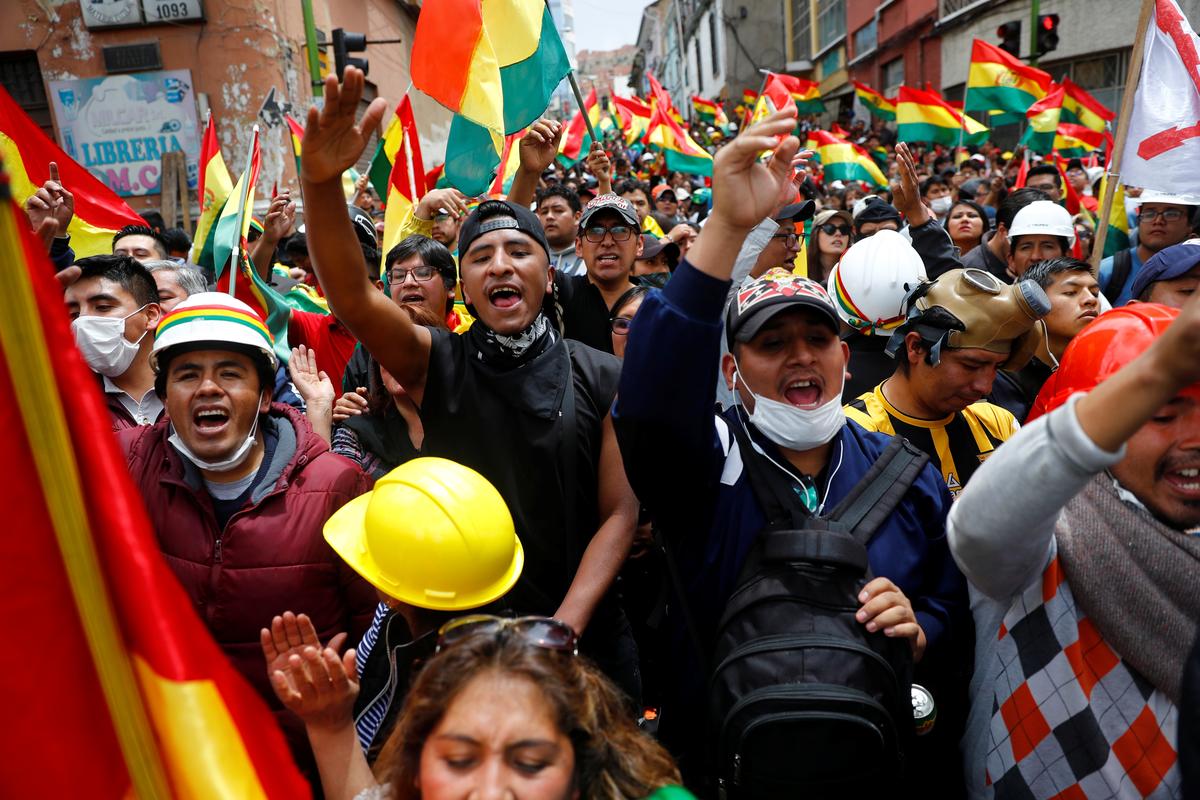 LA PAZ (Reuters) – Bolivian President Evo Morales denounced the actions of “violent groups” early on Saturday, hours after police forces were seen joining scattered protests, but the military weighed in later saying it would not “confront the people” in a standoff over a disputed election.

Morales, Latin America’s longest-standing leader, won the election on Oct. 20 but a delay of nearly a day in the vote count has sparked allegations of fraud and led to protests, strikes and road blocks.

Adding to the pressure on Morales, the Armed Forces said in a statement on Saturday “that we will never confront the people to whom we have a duty and we will always ensure peace, coexistence and the development of our homeland.”

In a tweet in the early hours of Saturday, Morales repeated accusations that “violent groups” were launching a coup against the state. The foreign ministry released a statement saying some police officers had “abandoned their constitutional role of ensuring the security of society and state institutions”.

At a news conference later in the day, Morales called an urgent meeting with the four political parties represented in parliament. By Saturday afternoon, at least two opposition parties had rejected Morales’ invitation and one had accepted.

Morales said he would also invite international organizations including the Vatican, the United Nations and the Organization of American States (OAS), which is conducting an audit of the October vote.

Luis Fernando Camacho, a civic leader from the eastern city of Santa Cruz who has become a symbol of the opposition, and Carlos Mesa, the runner-up in October, reiterated their calls for Morales – the country’s leader since 2006 – to step down.

“What we want here is to unite all Bolivians in a single cause. We want President Evo Morales to leave,” Camacho told a news conference.

Camacho plans to lead a march to the government palace on Monday with a symbolic resignation letter for Morales to sign.

“We denounce before the world the attempted coup d’etat in progress against the brother President Evo Morales,” said Maduro, who has been accused of corruption and human rights violations.