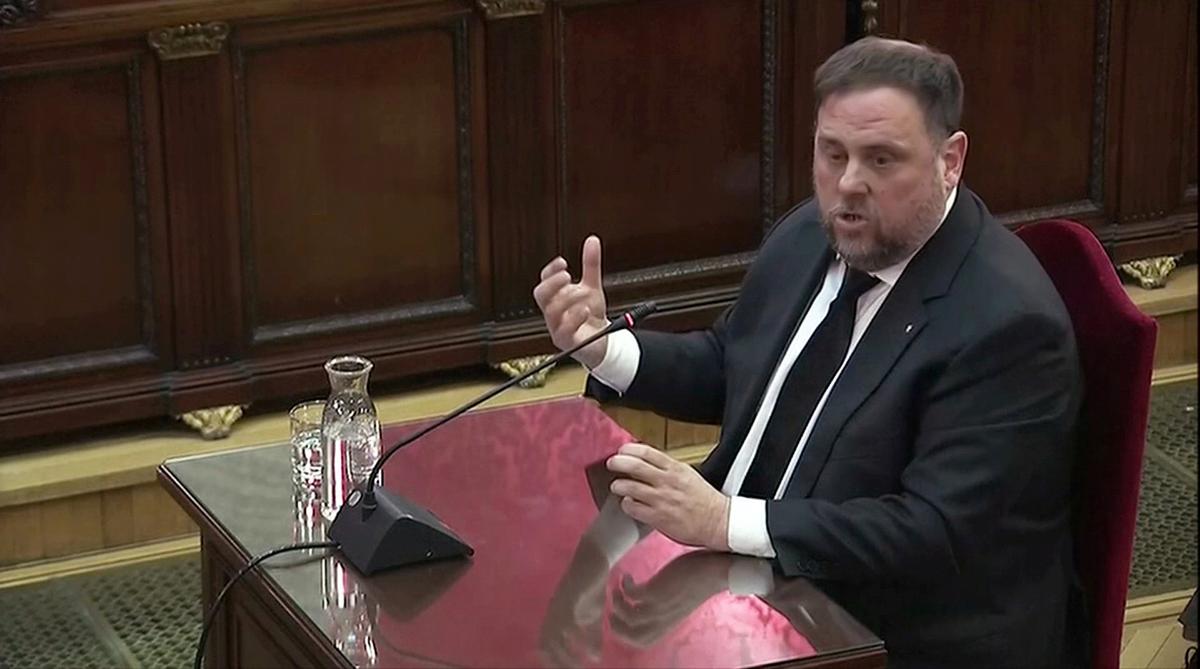 LUXEMBOURG (Reuters) – A jailed Catalan separatist leader elected to the European Parliament while in detention had the right to ask lawmakers to decide whether to uphold his immunity, an adviser to the European Court of Justice said on Tuesday.

The advice from Advocate General Maciej Szpunar is a boost for the Catalan separatist movement and Oriol Junqueras, who was voted into the European Parliament in May despite being detained in Spain since 2017 after an illegal independence referendum.

Junqueras, the Catalan government’s former deputy leader, was sentenced to 13 years in prison in October.

Szpunar said Junqueras’s conviction had brought to an end his mandate, but that he had been tried and convicted without the European Parliament having been given the opportunity to decide on his immunity.

Szpunar advised the court that the parliament should be able to decide whether to waive or defend the immunity of one of its members (MEP).

That immunity means an MEP cannot be subject to detention or legal proceedings because of views expressed or votes cast, although it does not apply for an MEP who has committed an offence.

The Spanish government was not immediately available for comment on the opinion.

The European Court of Justice, the EU’s highest court, is not bound by the advocate generals’ opinions, but judges do tend to follow them in most cases. The court normally gives its verdict within two to four months of the opinion.

After Junqueras was elected in European Parliament elections in May, Spain’s Supreme Court refused to allow him to leave prison to take an oath to respect the Spanish constitution, as those elected in Spain are required to do. As he had not taken the oath, the electoral commission declared the seat vacant.

Szpunar said in his opinion that MEPs secured their mandates solely from the electorate and not on any subsequent formality.

His view could also help fellow Catalan separatists Carles Puigdemont and Toni Comin, who were elected as MEPs despite being in exile in Belgium and unable to take up their seats. A spokeswoman for the European Court of Justice said she did not know whether it would apply to them.