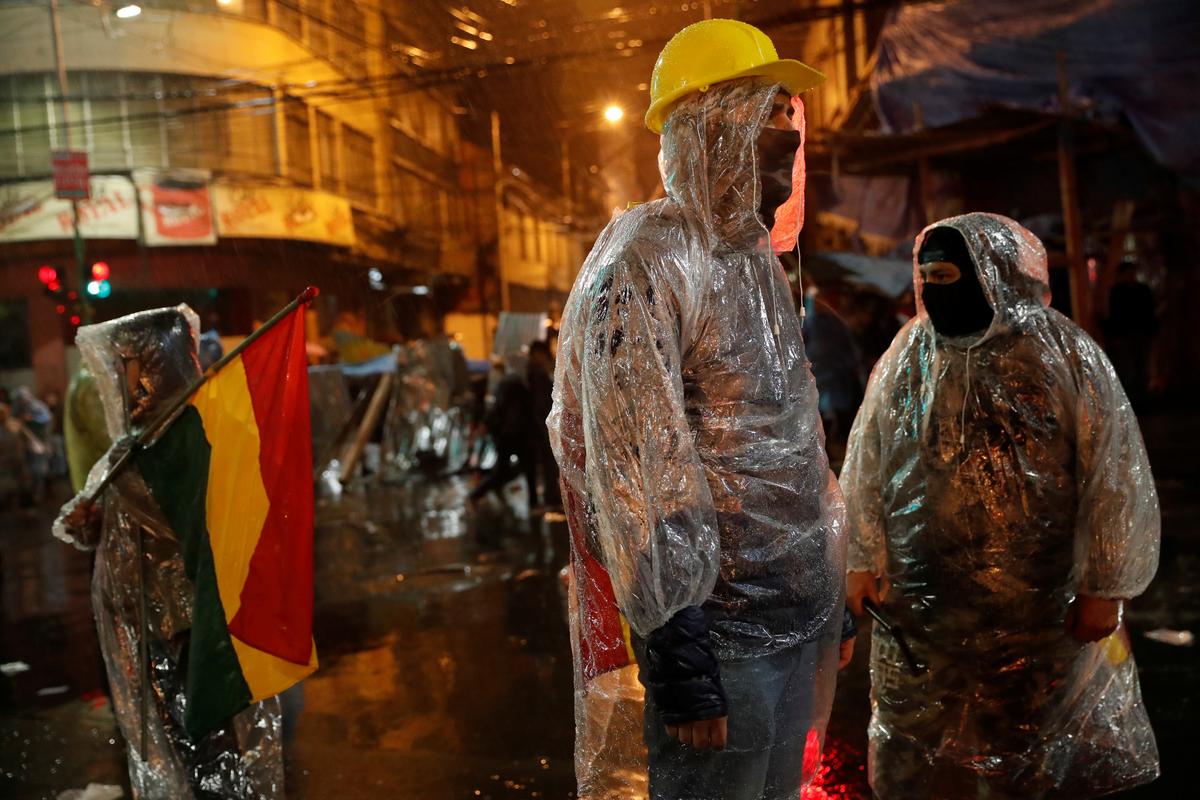 Morales said on Sunday he would step down to ease violence that has gripped the South American nation since a disputed election, though he stoked fears of more unrest by lashing out at a “civic coup” against him and saying his home had been attacked.

Tensions around the country, which have been simmering for weeks, mounted late into the night amid a political vacuum after Morales, his Vice President and many of his political allies in government stepped down.

In the capital and the eastern city of Santa Cruz, crowds cheered the resignation of Morales, who drew ire by running for a fourth term in defiance of term limits before claiming victory in an election mired in allegations of fraud.

But as night fell gangs roamed the streets, looting businesses and setting fire to properties. Prominent opposition figure and academic Waldo Albarracin tweeted that his house had been burned by pro-Morales supporters.

Another widely-shared video appeared to show people inside leftist leader Morales’ property with graffiti daubed on the walls after he flew to another part of the country.

It was not initially clear who would take the helm of the country pending planned new elections, though an opposition Senator, Jeanine Añez, said in televised comments that she would accept the responsibility.

According to Bolivian law, in the absence of the president and vice president, the head of the Senate would normally take over provisionally. However, Senate President Adriana Salvatierra also stepped down late on Sunday.

Legislators are expected to meet on Monday to agree on an interim commission or legislator who would have temporary administrative control of the country, according to a constitutional lawyer who spoke to Reuters.

A report from the Organization of American States (OAS) released early on Sunday had said the Oct. 20 election should to be annulled and a new vote held after it had found “clear manipulations” of the voting system that called into question Morales’ win.