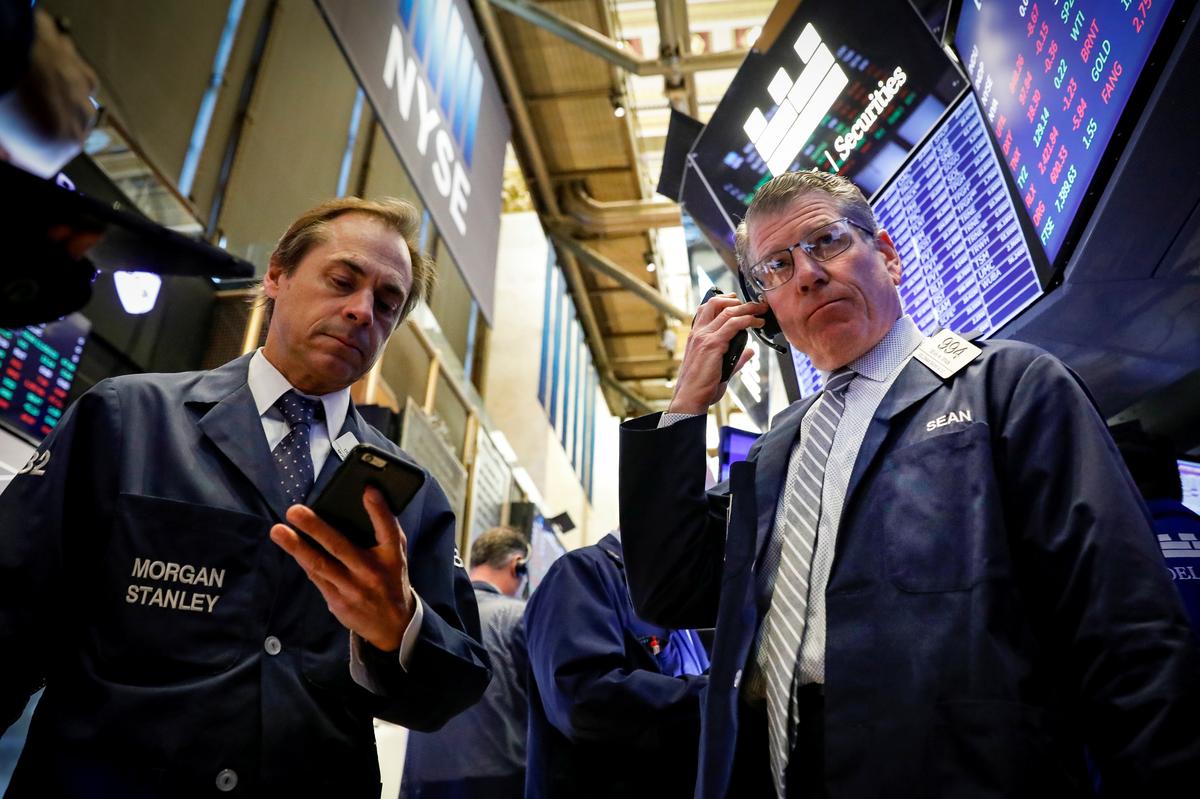 (Reuters) – Wall Street was set to open flat on Tuesday, as investors looked forward to a speech by President Donald Trump later in the day for clarity on U.S.-China trade relations.

Hopes of a resolution to the 16-month long tariff war and a strong corporate earnings season have pushed Wall Street to record highs this month.

But sentiment dulled on Monday after Trump indicated that he would only sign a trade deal if it was the “right deal” for America. He is scheduled to discuss the country’s trade policy at the Economic Club of New York later on Tuesday.

“I can’t imagine (Trump) not being optimistic about a trade deal or on the outlook of the economy,” said Peter Cardillo, chief market economist at Spartan Capital Securities in New York.

“That should help the market stabilize after yesterday’s small pullback which amounts to just some profit taking and nothing more … I should think unless Mr. Trump throws a curve ball, we could probably resume last week’s rally.”

The Philadelphia Semiconductor index .SOX hit a record high last week after reports that Washington and Beijing were prepared to roll back existing tariffs in phases. However, Trump contradicted those reports on Friday.

The third-quarter earnings season has also been largely better than expected. About three quarters of the S&P 500 companies that have reported results have topped analysts’ profit expectations, according to IBES data from Refinitiv.

Big firms including Walmart Inc (WMT.N), Nvidia and Cisco Systems Inc (CSCO.O) are due to report later this week.

Also on the list is the next round of economic data, including October retail sales and industrial production, as well as comments by Federal Reserve Chair Jerome Powell on the domestic economic outlook.

D.R. Horton Inc (DHI.N) rose 2.6% as the No.1 U.S. homebuilder topped expectations for profit and revenue in the fourth quarter and forecast 2020 home sales above analysts’ estimates.

Shares of Craft Brew Alliance Inc (BREW.O) more than doubled after brewer Anheuser-Busch Inbev NV (ABI.BR) said it would take complete ownership of the Portland-based brewing company in a deal valuing it at about $321 million.

Tyson Foods Inc (TSN.N), however, fell 1.2% after missing quarterly sales and profit estimates as a fire at one of its slaughterhouses hit volumes in its beef business, the company’s biggest segment.

Reporting by Arjun Panchadar in Bengaluru; Editing by Anil D’Silva